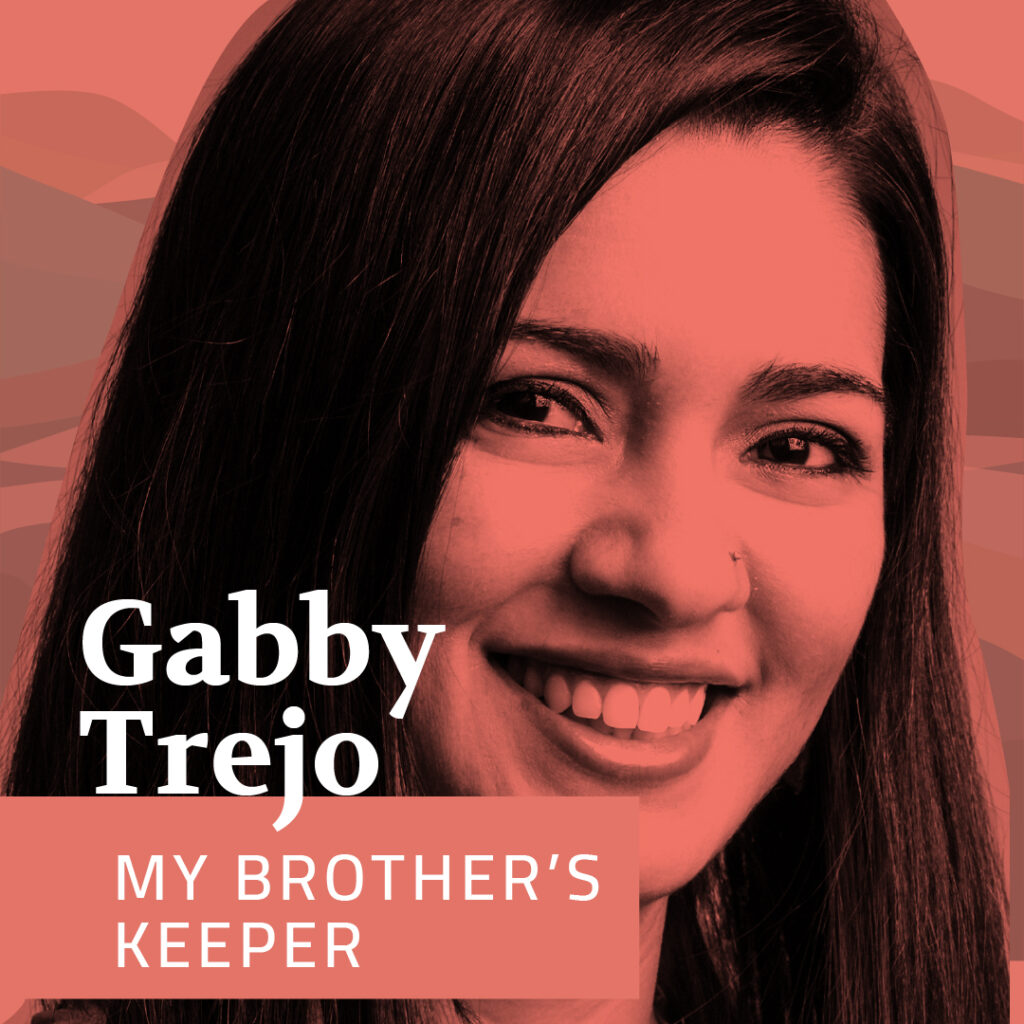 “When people see each other as enemies, there has to be a reconciliation process. We have to be able to humanize each other, even in political disagreements.”

My life has been greatly impacted by policy decisions and advocacy efforts that have taken place throughout our state. When I was in sixth grade, Proposition 187 passed and denied undocumented immigrants access to healthcare and education. I remember, very vividly as a sixth grader, my family being scared of what that meant for us. Policies like this attempted to define who immigrants were and what we deserved, while the organizing and advocacy piece said “no, we’re not going to let you get away with that.”

I have always been committed to justice, understanding and undoing systems that are oppressing our families. It wasn’t until eight years ago when I had my first interaction with faith based organizing that I was able to find this secret society bridging my faith and justice work together.

I celebrated eight years with Sacramento ACT, a faith based organizing network. Doing this work goes beyond a 9 to 5 job. I have the privilege to live my values and be a small contributor to building what we in the faith community called the Beloved Community. That is really what keeps me going as an organizer and a director in this field.

When we look historically at the justice movement, the faith community has always played an instrumental role in bridging and bringing people together. In 2021, it’s no exception. There is a very unique role for the faith community to play to bridge and grow in looking at liberation through a new set of eyes – in the way the young people may see it now. For Sacramento ACT, we are not allowing people to only feel comfortable enough saying they have this great relationship with whoever they call God. We push them and ask “it’s great that you have this relationship with that entity, but what is that relationship asking you to do?”

Organizing has shown me how people who are at a “disadvantage” are able to share power, even with the little that they have. It allows us to really develop people in relationships instead of an exchange. They don’t get stipends [for participating in programs]. They get a long-term vision and are able to understand the systems impacting their families that they wouldn’t have thought of before. People that come to Sacramento ACT get to be at the decision-making table, co-creating strategy that will lead to changes they want to see in their community.

Planting Seeds to Blossom in Others

In 2013, we had a pilgrimage – 11 pilgrims representing 11 undocumented immigrants. We walked in the middle of the summer from Sacramento to Bakersfield to knock at the door of a California Congressman who had not sat down with any immigration movement to talk about national reform.

When the Pope came to the United States in 2015, I was leading our immigration work. We sent about 12 leaders who fundraised themselves. When they saw Pope Francis, never in their wildest dreams did they think they’d have an opportunity to meet a cardinal in person. Pope Francis represented someone who was going to talk about their dignity as people. They felt seen and heard by someone who reminded them that they were created in the image of God, and it was their duty to continue to fight for that. They were injected with this energy that could never be replicated.

When we look at addressing social issues, and how policies and power move in this country, Central Valley is instrumental in ensuring that there are people representing our interests and the interests of the most vulnerable.

Central Valley is like the biblical reference to my brother’s keeper, one who protects his brother from the world and other people. In my experience on the ground here in Sacramento, we are experiencing the displacement of people from the Bay Area – mostly people of color – who are ending up in the Central Valley. This displacement is another form of deportation. We have an opportunity to help families that are being displaced from the Bay. It’s an opportunity to rethink the systems that are failing our families, and encourage them to fight for that vision of justice and equality. The disparities in the Central Valley – the need for clean water, clean air, a living wage – those shouldn’t be radical things.They are basic needs.

Any future movement at the [state] capital that’s going to bring about systemic change in our communities will require the Central Valley to play a key role in shaping what that’s going to look like.

The Future of the Central Valley

As a director of color leading a multi-racial organization, there’s only so much that I can provide. The clergy, leaders and volunteers who come to our organization are willing to expose injustices, share their power, and build collective power and relationships. It is inspiring to be in space with not just like-minded people, but people who are so committed that they are willing to have uncomfortable conversations.

When we look at the inequities exposed by COVID, the momentum of the Black Lives Matter movement nationally and globally, the momentum being gained in the immigrant movement, and the President signing us back into the Paris Agreement making climate justice important again – the stars have aligned in a way that allows us to really reimagine how systems need to be redone or undone.

When people see each other as enemies, there has to be a reconciliation process. We have to be able to humanize each other, even in political disagreements.

On Faith and Peace

I’m Christian, I was raised Catholic. In my faith tradition, I believe that when I die, God is going to ask me, “where is your brother?” I want to be able to say, “I was my brother’s keeper.” Being my brother’s keeper means that we look out for each other and build a community that allows everyone to thrive. It allows us to not just name the injustices that are taking place, but actually to uplift the solutions that people in those communities see as the best fit for them.

I feel at my fullest when I’m with our folks. It allows me to have this mutuality that I haven’t really seen modeled in many other places – thinking about shared power. It is humbling to be with people who other people have cast out. There is a level of humility, love, and sharing that I can’t find anywhere else. That gives me the most peace.

If you need to reach us or have any additional inquiries, please use the email form below: