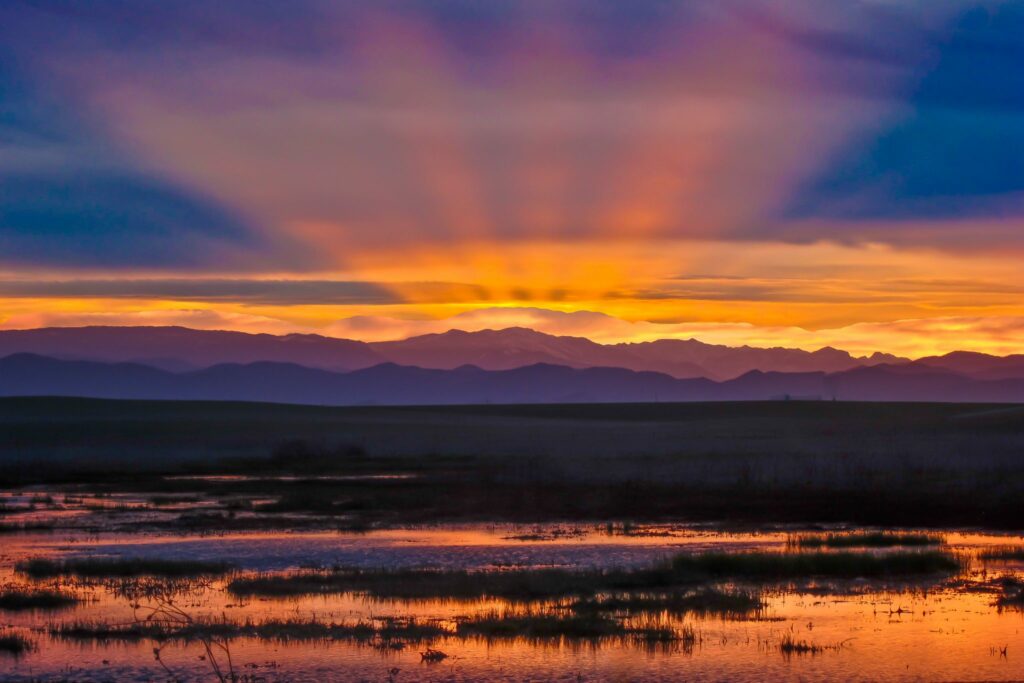 “I want to leave a personal message, particularly with those here whom I have not had an opportunity to know. My message is that as time goes by, I hope this organization will continue to fight to protect the dreams and hopes of ordinary people.

I hope and have to believe that those of you who have joined us in recent times will add your strength and vision to this cause.

The needs of ordinary people in this nation are being increasingly ignored and subverted by powerful economic and social special interest forces, which I do not need to describe here. Except to say this struggle by people not born to wealth or advantage for a place in the sun is not new.

This is my message, coming from a lifetime of knowing the philosophy and policies of my family and the Bee newspapers. Please consider that it also comes from many thousands of people over almost 150 years, who have been part of the institution and who shared the principles on which it was founded.”

You will see Jim’s words, “to fight to protect the dreams and hopes of ordinary people” in the Foundation’s new vision statement. This is something inherently important to our board and to how we view our role in California’s Central Valley for our two issue areas – Education, with our focus on English/Dual Language Learners, and the First Amendment – which is through the lens of our founders, Susan and her husband, the late James B. McClatchy.

These words also serve as a beacon for what reminds us of what is important in this coming year. Having spent the last year and a half refining our values, mission, and vision, we first changed our name from the Central Valley Foundation to the James B. McClatchy Foundation to better reflect our founder’s vision. This was then bolstered by adding people power: key staff to build our programmatic and community engagement bench and community leaders to the board to add to its existing strength, courage and network. We also doubled down on our commitment for English Learners and Dual Language Learners at the Pre-K level and piloted a new initiative for civic engagement and local journalism under our First Amendment arc. Taken together, this affirms our resolute support in upholding community strengths to influence change, in seeking authentic partnerships with community, and in leveraging philanthropy in places of inspiration and opportunity, with the ultimate outcome of shaping the Central Valley for the future.

And while JBMF has declared it is sunsetting, it will not do so in the most traditional of ways. We plan to intentionally build people and places by strengthening existing assets in place to make communities stronger. We envision people leveraging their own ideas with new tools they can access and create, where they can continue to experiment, grow, ideate, and thrive, and make their impact and lessons learned widespread in the Valley – during the life of the Foundation and once it sunsets. This is the legacy Jim had intended. And that is why in the last 20 months, as CEO, I have accelerated our grant-making investments and programs by 100% and we intend to continue doing this until the very last cent is spent.

But we need active partners on the ground and investors to help our communities make this happen. While we can begin in earnest and financially seed and inspire these efforts, we alone as one Foundation cannot do this in the Central Valley. There is so much at stake in this region with one of the most dynamic demographic shifts economically, racially, and culturally, with so much promise for California’s future, and equally with so much at risk when we unpack equity in education, climate, economy, racism, and our social connections.

2020 was a tragically unjust and difficult year and has inspired our sunset strategy by exposing so much that had been silently getting by. We are in the formulation of our sunset which will be unveiled later this year, guided by the Foundation’s current direction. In 2021, you will see echoes of this strategy taking shape through our grant-making, our partnerships, and our leadership in the Central Valley.

While these long term plans continue, we must also pause to recognize the devastating events that unfolded at the U.S. Capitol on the 6th of January 2021, during which America and the world witnessed an outright and permissible assault against democracy, and two systems of treatment against peaceful protesters versus an insurrection. We recall the words of our founder who once wrote:

“The great threat to our nation and other democracies comes not from the philosophies and theories like socialism, but from within us.”

And so it lies within us to speak the truth and hold those accountable who foment violence based on lies. Our democracy is fragile but Congress demonstrated its own rightful defiance against domestic terrorists by acting out its democratic duty in certifying the electors for the next President of the United States. 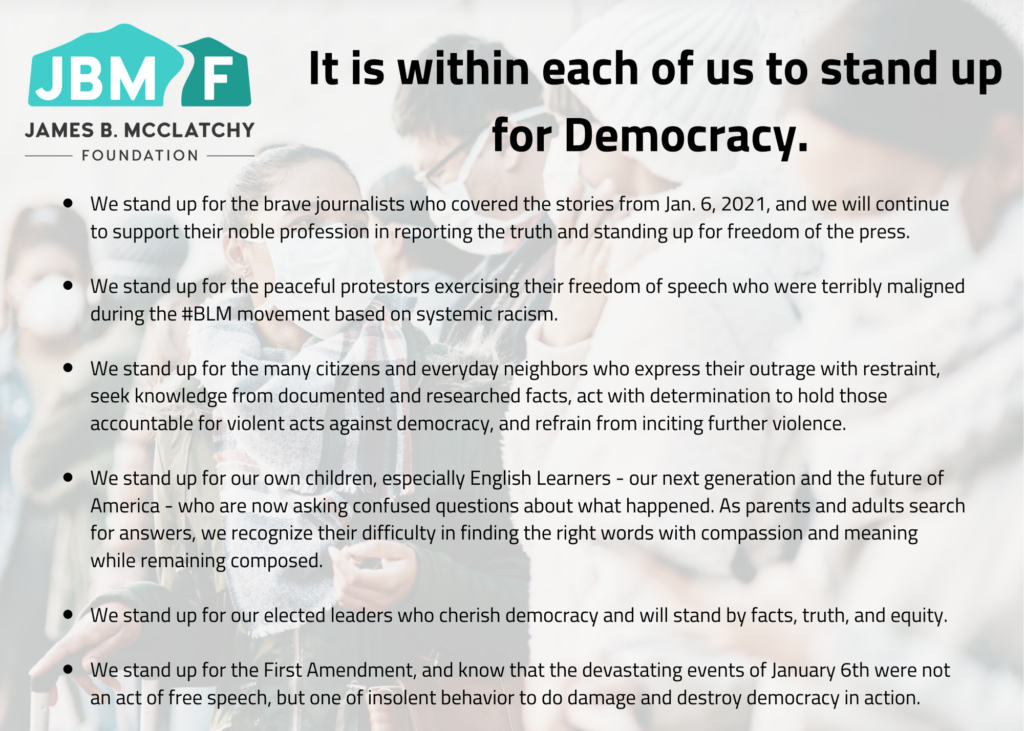 So, join us in standing up for democracy.

Join us in being a part of something completely different as JBMF embarks on the next leg of our journey.

JBMF Mission Statement: We stand with the people of the Central Valley by investing in education and active civic participation in our democracy.